Stocking Fillers Through The Ages

How Stocking Fillers Have Changed Over the Ages 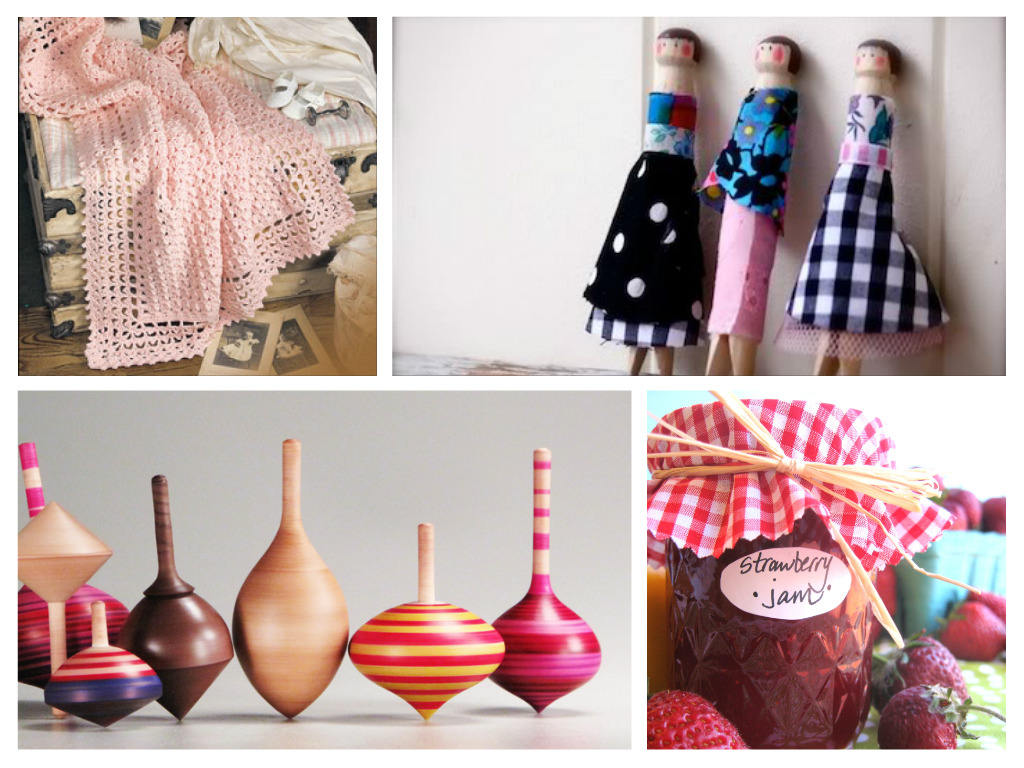 Nowadays, we look at Christmas Stocking Fillers as little extras to the main present but this has not always been the case. If we look back to the Victorian Age as the main shaper of our current Christmas traditions this paints a very different picture.There was much planning to be done for a Victorian Christmas and this helped pass the long winter nights. Many gifts were home- made and often daughters would help their mothers with sewing and needlework. Personal gifts were popular and patterns were printed and advice was to be found in books and periodicals. One that was particularly useful was Cassell's Household Guide

Gifts ranged from practical ones to ornamental objects. Food gifts such as jams, jellies, and preserves were made and stored earlier in the summer, alongside home-made sweets such as peanut brittle or fudge.

Poor families made their own gifts, such as cloth-peg dolls and paper windmills. Children would save their pocket money to buy marbles, a spinning top, skipping ropes, kites or cheap wooden toys.

Victorian stockings were very beautiful as they used to be the children's main present. Santa Claus would fill them with fruit and nuts and a piece of candy or two. There would also be some bright new pennies and a lump of coal for luck. A wooden toy might stick out of the top; a soldier for the boys and a doll for the girls.

Gifts for Mother might include such things as an apron, a fan, a strawberry or tomato shaped pincushion, lacy needle cases, a silver thimble and sewing scissors, cologne, handkerchiefs or scarves, combs, or a watch-case. For Grand-mama perhaps a pomander ball, doilies, a scented sachet, or book-markers.

For Papa, perhaps a muffler or scarf, a monogrammed tobacco pouch, a chamois eyeglass cleaner, a gift of homemade cookies in a handmade container or a cigar case.

For a girl there might be hair ribbons, drawing pencils, a muff, a wardrobe of crochet and lace edged blankets and dresses for dolly, a tiny wax doll in a nutshell cradle, a painting set, a fan, a music book, a sewing kit, a book, mittens or a doll.

For a boy a stamp album, some carved and painted toy animals, a toy pistol, wind-up soldier, marbles, building blocks, a savings bank or a shoeshine kit. 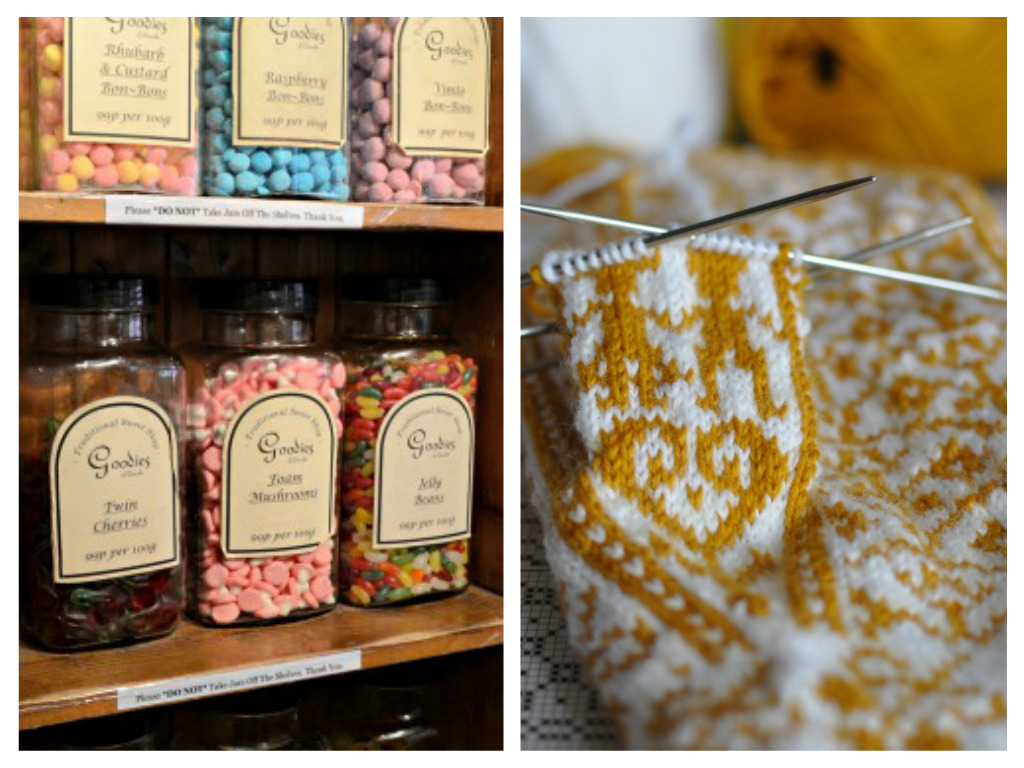 The factories which appeared during the Industrial Revolution meant that mass production of toys made them more accessible to middle and lower class families as they became much cheaper. However, all this changed during the war years as rationing and the unavailability of goods made life much more difficult.

Many children were evacuated to the countryside from the cities to avoid the danger of air raids and bombs so Christmas became a very different affair for many families.

1939 The government debated whether extra spending at Christmas should be discouraged; some thought it was good for morale, but the then Chancellor insisted that money should not be wasted. Many people ignored this and, with rationing on its way, were determined to enjoy the festive season.

For most people this was a happy time, and people spent what they could on presents. Many gifts were heavily influenced by the times, such as for children, a scaled down Red Cross, RAF or naval uniform, which proved very popular. Card games - which that year included the very topical titled 'Blackout', and 'Vacuation' were also available, as were many childrens Annuals.

For adults, gifts with a wartime (and practical) theme included steel or Bakelite helmets, and gas masks in leather cases. People were encouraged to buy French food and drink, and as a result many troops in France received parcels from home that included French produce.

1940-41 The war continued and practical gifts came into vogue. Items such as gardening tools, books, bottling jars and seeds were very popular so that people could Dig In and feed themselves. Some gardening magazines even recommended a bag of fertilizer as a gift, and the most popular present for Christmas 1940 was the much in demand and very scarce bar of soap.

1941-42 The war dragged on and toys, if they could be found at all in the shops, were often poorly made and of shoddy quality or very expensive

People made their own presents or reinvented objects into other things, and magazines in the lead-up to December were full of ideas for home-made gifts. One choice of patriotic gift was a National Savings Certificate, or a savings book with a few stamps attached. 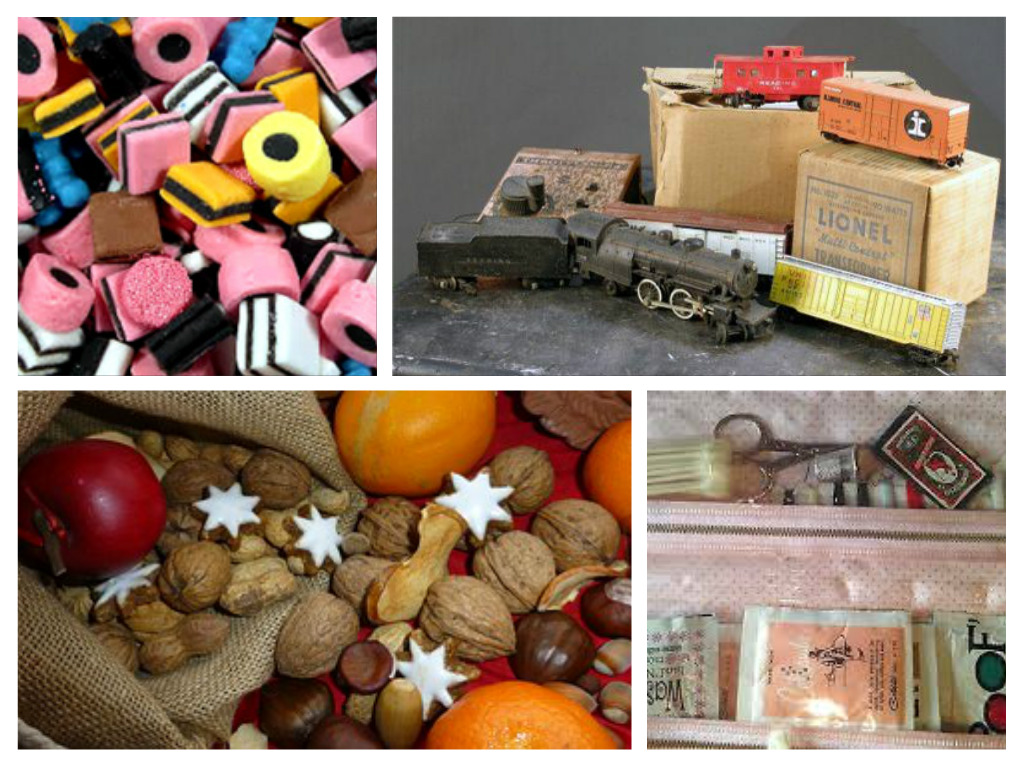 1943-44 Once again presents were 'make do and mend'. Many magazines printed instructions for embroidered bookmarks or calendars, knitted slippers and gloves, and brooches made from scraps of wool, felt, plastic, or even old silver cutlery. Nothing was wasted and everything was appreciated.

1944-45 The Ministry of Food pleased everyone, particularly children, when it announced a Christmas treat - an extra 1 1/2 pounds of sugar, 8 pennyworth (3.5p) of meat, and half a pound of sweets. Once again there were a host of do-it-yourself gift articles in magazines and books. Woman magazine for 9 December advised: 'One of the nicest presents to give (or to receive) is a half-pound of home-made sweets', and the book Rag-Bag Toys had instructions for making gifts such as a 'Chubby pink pig from an old vest', or a doll made from 'old stockings'.

Up to the present day 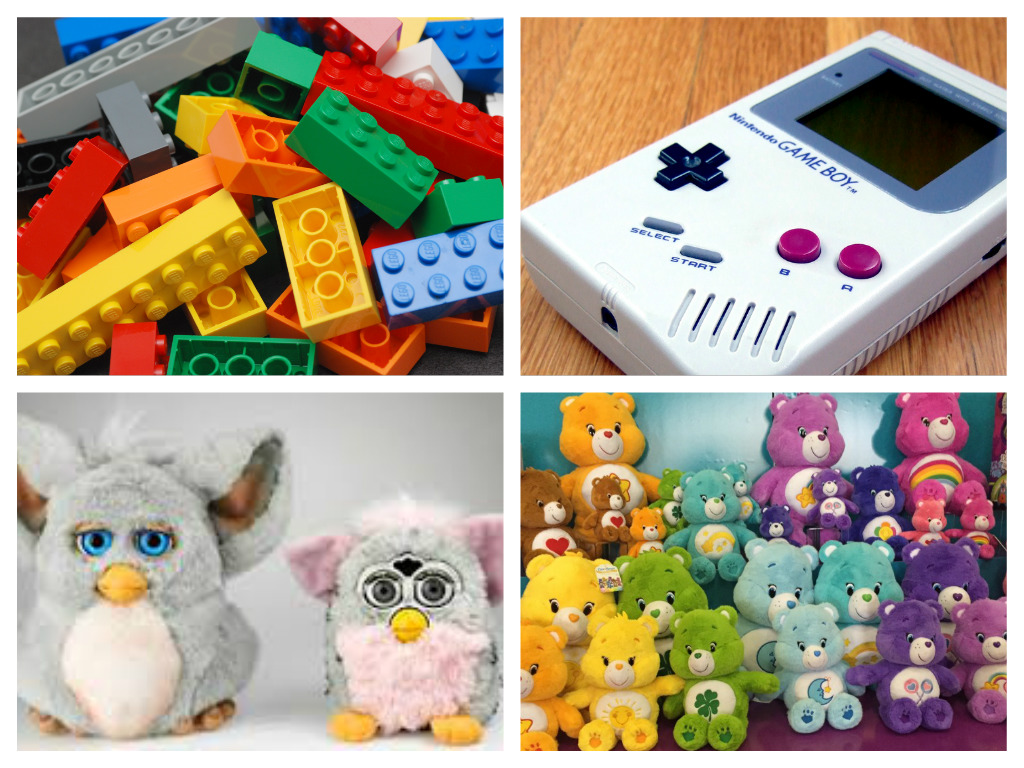 During the 1950s children were likely to get a stocking and a few main presents such as an Annual, perhaps some clothes and gifts such as a train set for a boy or a piece of jewellery or toiletries for a girl. The stocking would usually contain a new penny or a higher denomination coin if you were lucky; something sweet like a sugar mouse, or a smokers kit made from chocolate (totally un-PC by todays standards)!, liquorice sweets; an orange and some nuts and probably not much else.

As the world got back on its feet after the horror of another world war attitudes towards Christmas changed radically and it gradually changed into the often over indulgent extravaganza we know and love today.

Looking back from the 1960s it is interesting to see what some of the best sellers at Christmas were. Many main gifts were far too big for a stocking and some children moved on to a pillow case whilst for others the stocking became a secondary gift filled with smaller, less expensive gifts. Most would have been shop bought and the popularity for hand-made gifts declined.

How many of these top gifts do you remember?

The list is endless and serves to show how much our choice of gifts has changed over the years. For todays child, a Christmas stocking is most likely to be accompanied by a separate selection box of chocolates and contain many small personal or fun presents. These are often cheap and cheerful but are still as gratefully received as by all those other children throughout history.