Valentine's Around The World

What does Valentine's Day mean across the planet?

Valentine’s Around The World

It’s the day of love… or hate, depending on your viewpoint. Valentine’s Day (14th Feb - take note, males!) in the UK means flowers, choccies, meals out, and very last minute trips to the supermarket for a card. The joys. But the same can’t necessarily be said for the rest of the world, with countries celebrating Valentine’s in very different ways to old Blighty! And we reckon some of them are doing it much better to be honest, Bulgaria especially. Wine Day? Now that’s a love we can all celebrate!

So it got us thinking. Maybe we should spice up our Valentine’s life just a tad by stealing the best bits of each country’s celebrations. But which traditions should we adopt?

Whilst men tend to spend more on their partners than women here in the UK (apparently), in Japan, it’s the women who feel the pressure! The ladies generally give choccies to their guys, with chocolate companies in Japan seeing more than half of their annual sales the week before Valentine’s Day. And it’s not just partners who are lucky enough to receive some chocolatey deliciousness. They’re sometimes given to colleagues, bosses and male friends! The lucky bunch.

Or maybe not, as male partners will be expected to return the favour on the 14th March. That’s just too long, we reckon.

No. Way. If we give someone chocolate, we expect to get some back, or at least for it to be shared! Unless it’s personalised chocolate, obvs. 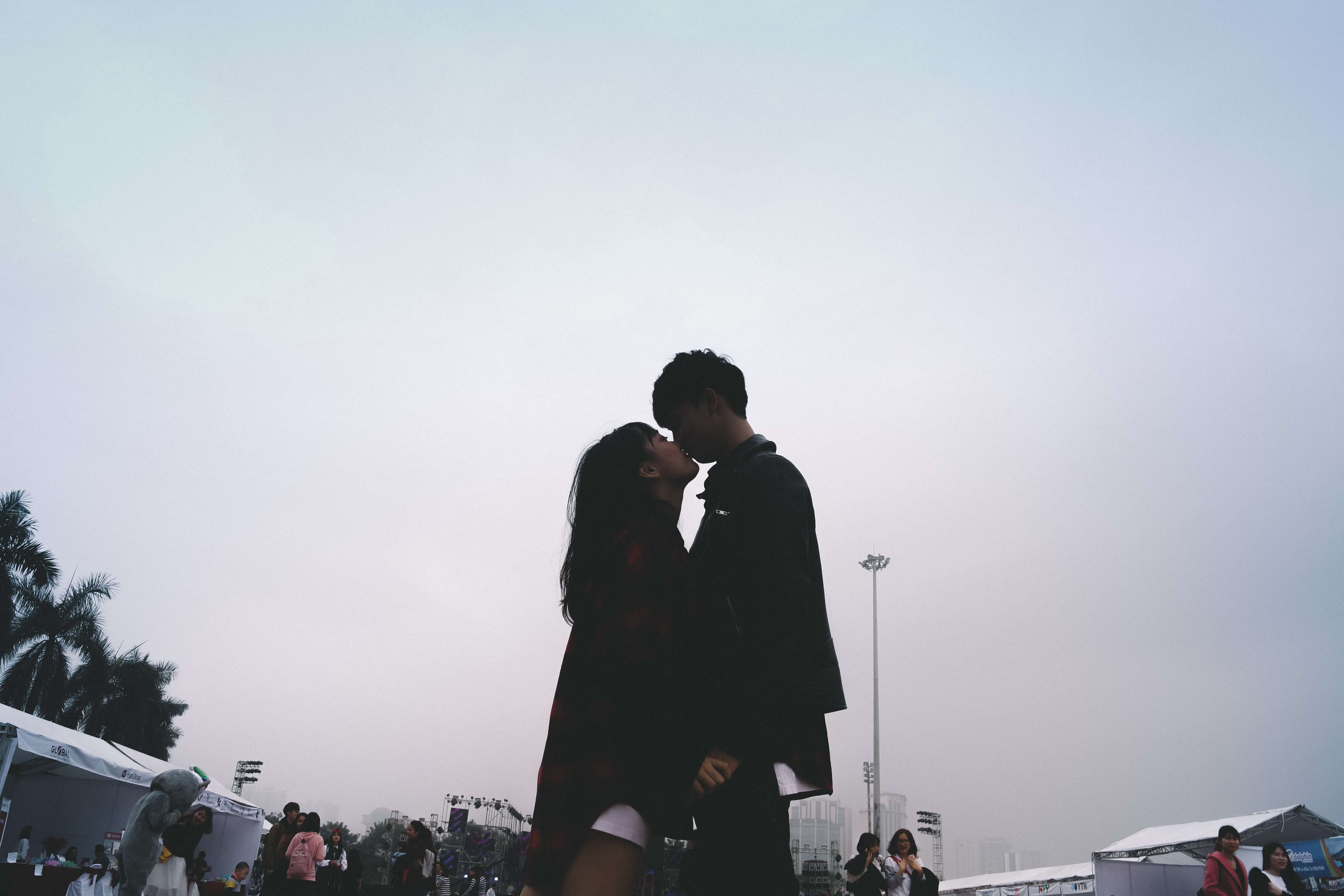 Well if the South Koreans aren’t putting us to shame… They celebrate love on the 14th of February, just like us. But also on the 14th of every other month. We’re good for that, ta. One day of the year is pressure enough, and we’re a nation of feeling-hiders. How would we cope?!

And some of them even have their own names: Rose Day in May, Kiss Day in June, and Hug Day in December. But it’s not all happiness and sunshine. In April, singletons gather to munch on Janjangmyeon - black noodles - to console themselves.

We like the idea of celebrating love throughout the year, but the pressure of keeping up with all those dates is just too much. Plus, we like to celebrate single life! Get Single’s Day in your diary everyone: November 11th. Crack open the champers, get the choccies out and rejoice in not having anyone moan at you, leave their dirty socks on your floor, or expect you to spend a month’s wages on Valentine’s gifts, etc.

Why is the rest of the world way more romantic than us?! Argentinians, like the South Koreans, aren’t content with just a single day of celebrations. They have to make us look heartless by dedicating a whole week to that crazy little thing called love, dubbed ‘the week of sweetness’. That is sweet, to be fair. Especially considering that kisses and chocolates are exchanged throughout. Not just that, but kind gestures towards animals and those around them are encouraged. Awwwww. The Prezzybox pets say they like that idea...

So there seems to be a chocolate theme going on around the world here, but we’re clearly doing it wrong. Why are we exchanging sweet treats on one day only, when we could do it for the whole week? We guess it kinda conflicts with the whole ‘bikini body season’ thing, but who cares… they’re called love handles for a reason!

We also like the general love to all ethos they’ve got going on. It’s inclusive and we like it. Consider it stolen, Argentina! (Payback for the ‘98 World Cup. Not that we’re bitter.) 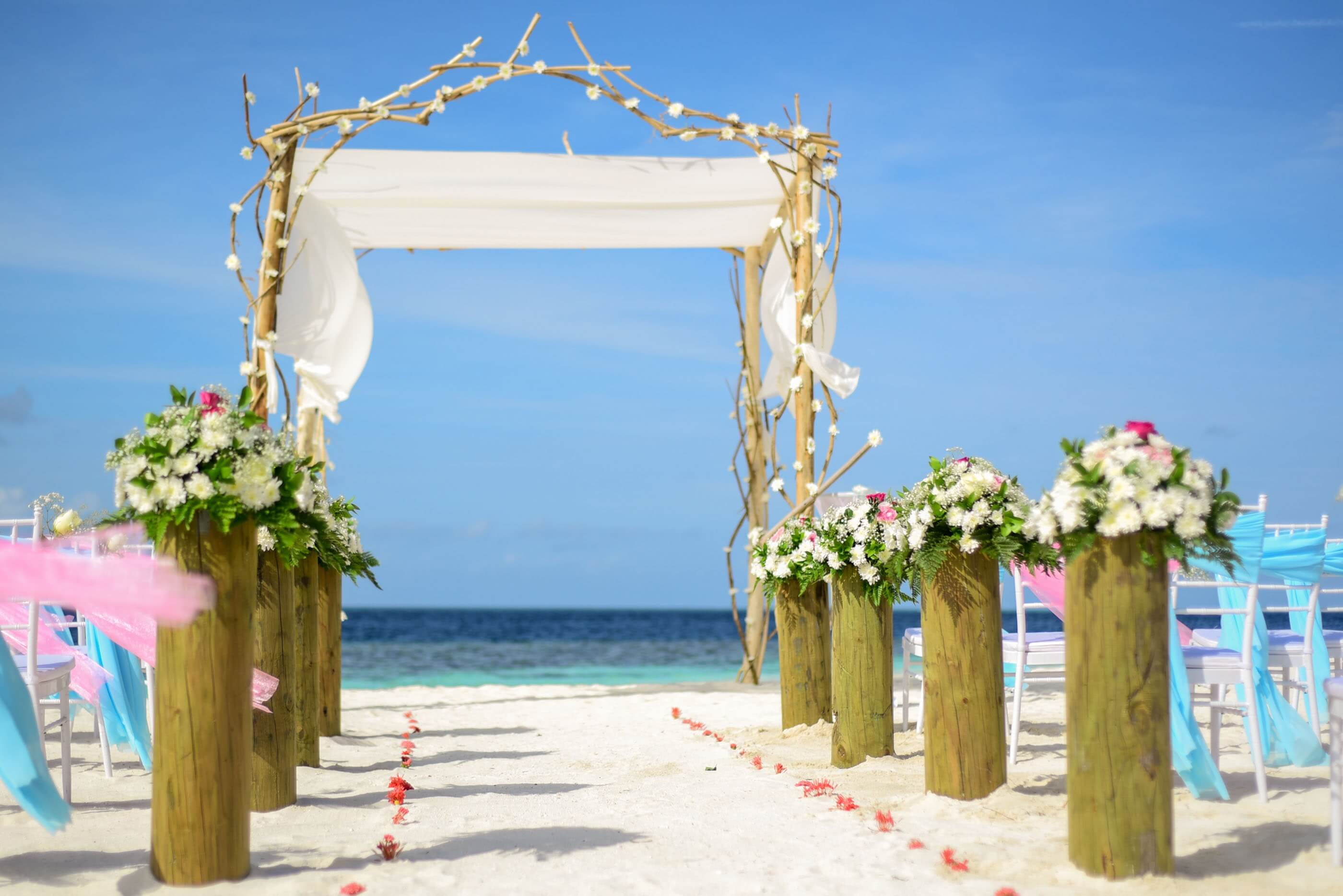 With the average UK wedding costing a whopping £24,000, only a couple of grand less than the average UK salary, it’s safe to say that love does cost a thing - 24,000 of them! J-Lo, you flipping liar.

So imagine our surprise (and jealousy) when we read that they’re having none of it in the The Philippines. Valentine’s Day sees many young couples gather together and marry, all sponsored by the government, and seen as a form of public service. Now, we’re not sure how much this actually costs, but we’re pretty certain it ain’t anywhere near 24k, not if you’re sharing your special day with a bunch of strangers! Otherwise, they’re being well and truly ripped. Off.

It’s a super special day for the country, and I reckon we can learn a lot from their thriftiness! Okay, so we wouldn’t fancy having hundreds of randomers steal the limelight on our special day, but, we like the idea of the government contributing to our weddings. We’re sure that when we’re out of this Brexit mess, we could totally push it as a policy. Time to talk about the important issues, people! 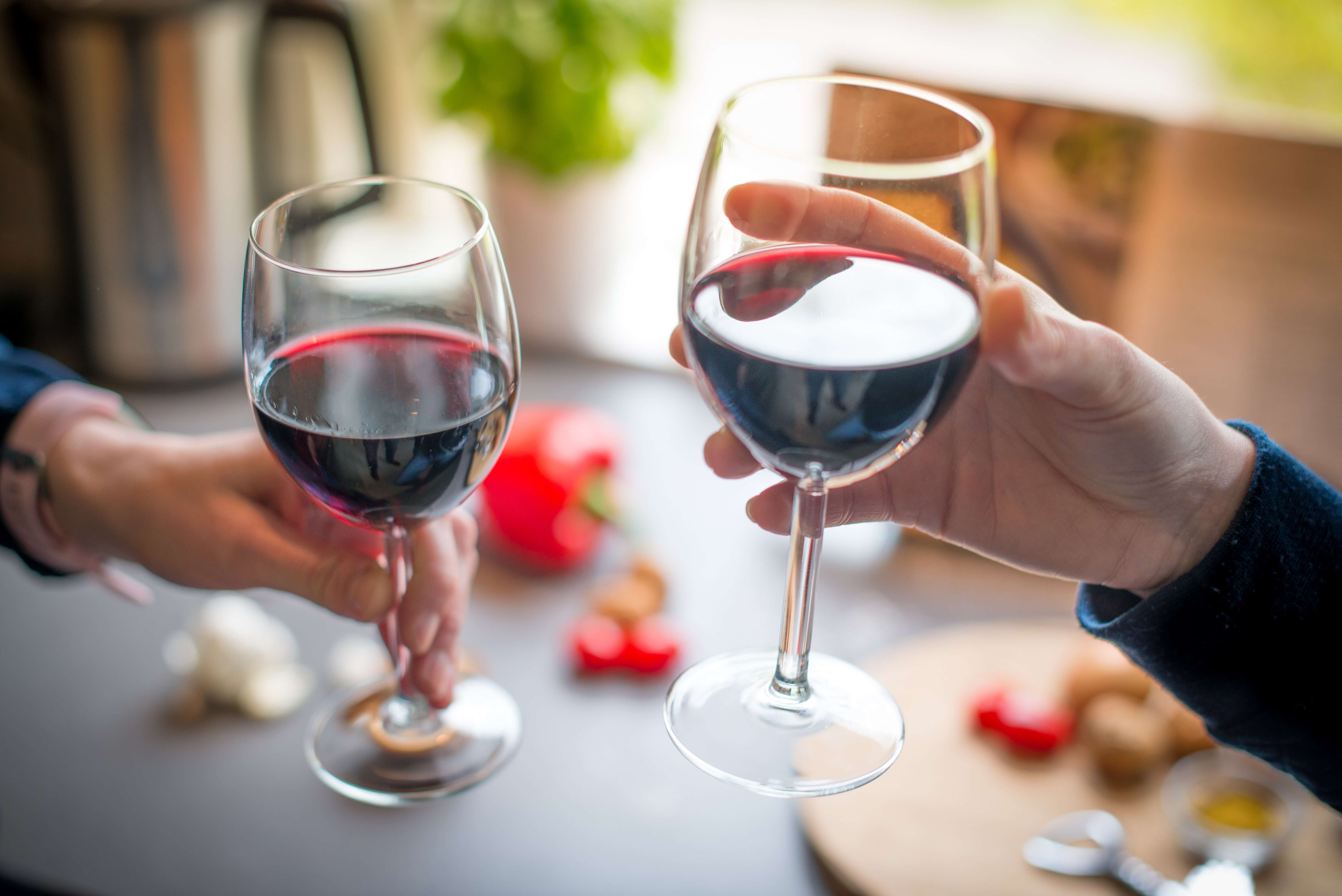 Now apparently the Welsh love a bit of spooning. Not in that way, you dirty-minded bunch… In fact, Wales celebrates love not on the 14 February, but on the 25th January, a day which sees couples exchange intricate, hand-crafted wooden spoons across the nation, affectionately named, ‘lovespoons’. If this isn’t the best thing you’ve heard today, we don’t know what else we can tell you.

Well this tradition has certainly lasted the test of time. It dates back to the 16th century, so it must be fun. The Welsh tend to be a happy, upbeat lot, so we reckon there’s something in this spooning thing. So stuff the chocolates this year. Give your other half a right good spooning! They will not be disappointed… because the designs are so beautiful! Guys, honestly, you need to get your minds out of the gutter. 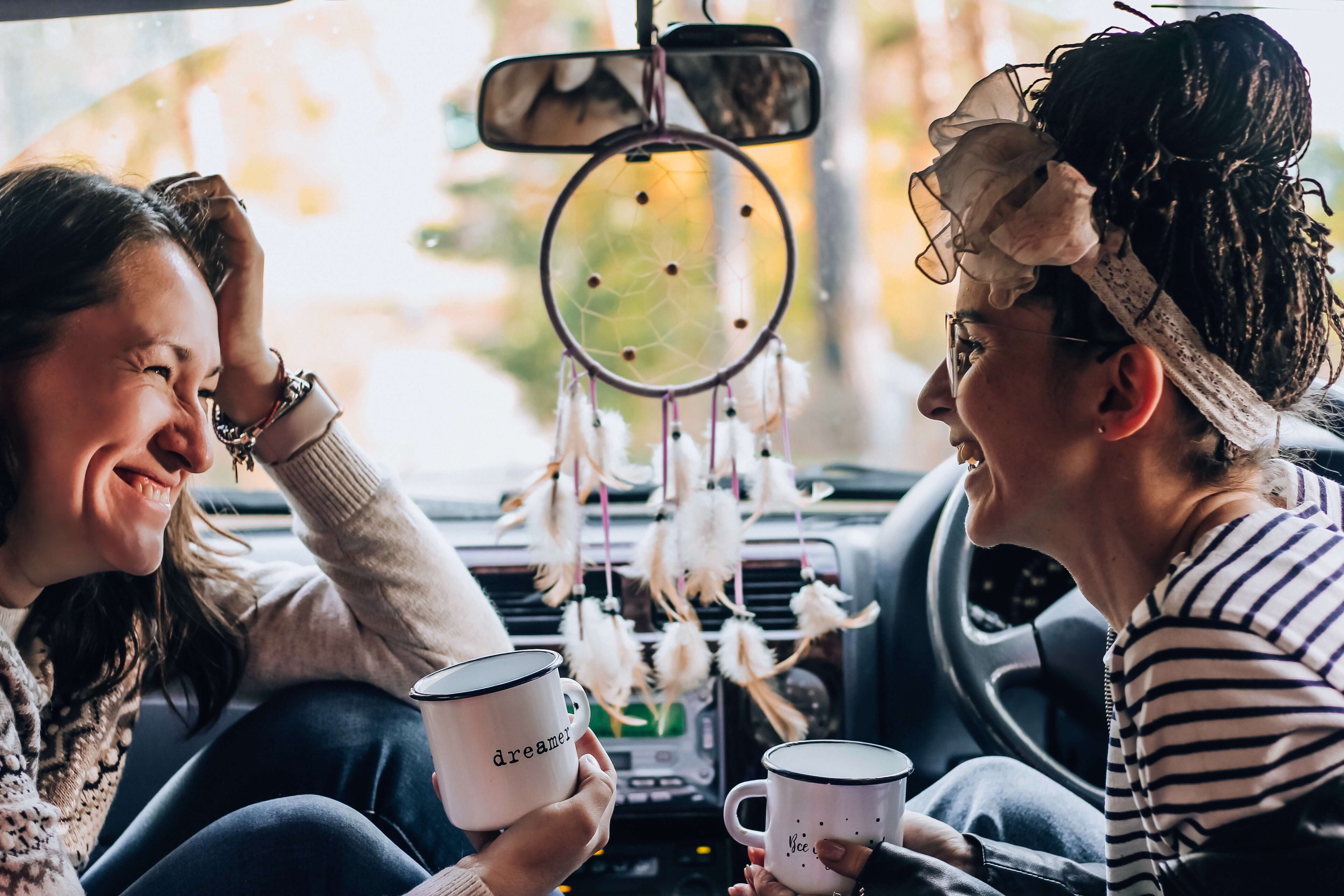 Dia Dos Namorados - the day of love in Brazil - sounds so much fancier than Valentine’s. Celebrated on June 12th, followed the next day by St Anthony’s Day, the patron Saint of Marriage, it often sees single women performing rituals in the hope that they’ll be next to walk down the aisle.

Unlike many Valentine’s Days around the world, which do include a celebration of love other than simply romantic, for Brazilians, it really is all about the partners... which isn’t shocking considering the amount of incredible hip shaking that goes on there.

We like the very romantic sounding Dia Dos Namorados, so adopting a fancy-pants name for the day might help us to get into the romantic spirit! Consider it nicked, Brazil. Now to learn how to pronounce it… 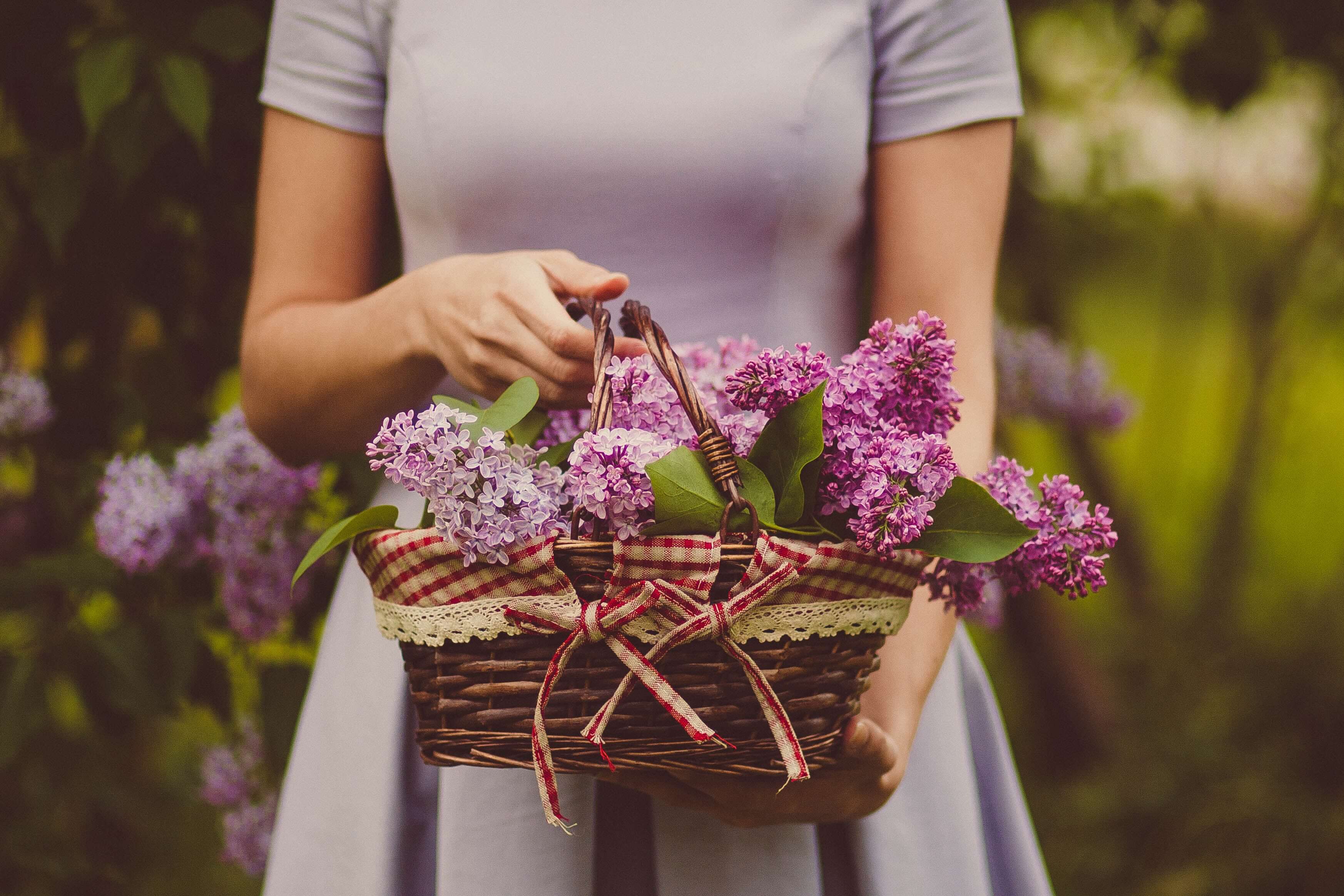 We love the Estonians. On February the 14th, rather than focus on romantic love, they name it Sobrapaev, literally translated as ‘Friendship Day’. People exchange flowers, cards and gift baskets as symbols of love, attend music concerts and folk dances. It pretty much covers all bases and means that everyone can join in the fun, even if your BFF is your feline friend or perfect pooch. Does anyone else give birthday, Christmas and Valentine’s cards to their pets, and then read them out? Course you do...

Love, love, love it! Sisters before misters, everrryday (and the male equivalent that’s too rude to include, obviously). Celebrating friendship is so important, as mates are more likely to stick around, let’s be honest. Apparently there is a global World Friendship Day - 30th July - but the celebrations need to be ramped up. A paid day off work for fun with friends is the perfect way, we reckon. 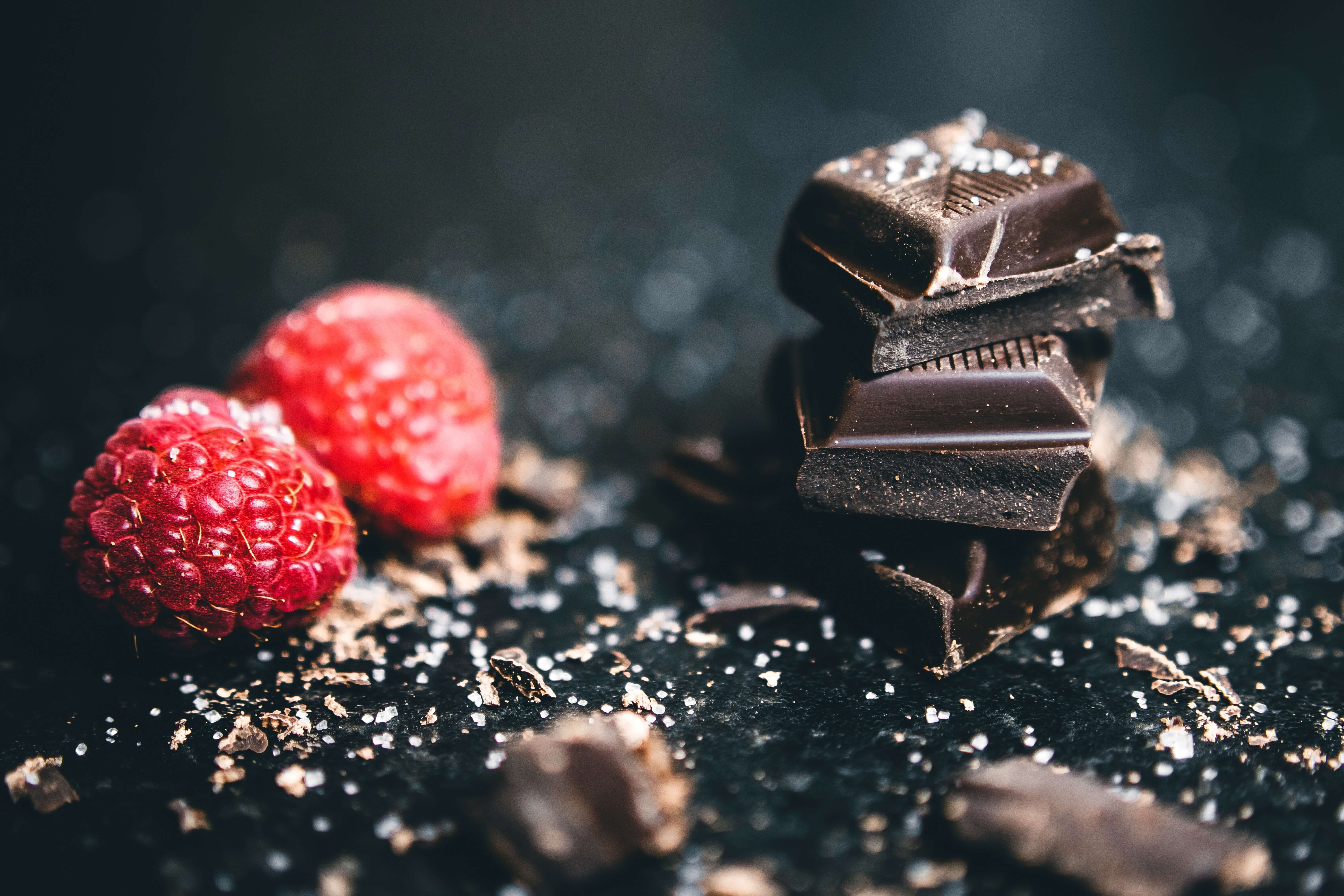 Clearly, we’ve saved the best till last. Dubbed ‘Chocolate Day’, Ghanaians celebrate the only way it should be: by munching on pieces of chocolatey deliciousness. It was given this name to generate sales for the cocoa industry in the country, and it sees young couples attending parties and discos in the evening.

It’s no secret that we love a good chocolate exchange on Valentine’s Day, but calling it Chocolate Day makes it an absolute necessity, so we’re all for it. We think it’d be a good way of telling whether your other half is the one. No chocs? Get rid. Ain’t nobody got time that...

Valentine’s Day is nice and all, but we reckon with the addition of the best bits of Valentine’s celebrations around the world, it’d be epic. So if we could all now call it Chocolate, Wine and Friendship Dia Dos Namorados Day, where we all spoon our other half and get a free wedding, that’d be great.

However you do Valentine’s, whether you’re a real romantic or rock the single celebrations, treat your fave loved one to some amazing Valentine’s treats…. and yourself. If you can’t take inspiration from the words of Bieber, who can you?!

Happy Chocolate, Wine and Friendship Dia Dos Namorados Day (with spooning and free weddings) everyone! Gonna have to shorten it down, we think...